You know how the E network does a “So True? So False?” segment sometimes to dispel OR confirm rumors? Well, today’s blog is here to confirm that  we are in fact going to be featured on HBO later this fall!

So yes, you may have correctly heard, or even seen that we have a film crew with us this week! It is for an episode for HBO Sports and is going to be a documentary style show depicting life/marriage in the realm of high pressure sports professions. We will be featured along with 2-3 other families, some of which are at the professional level, so it’s super exciting! Altogether our part in the episode is likely only going to be 10-15 minutes, which is crazy for how much time they are spending with us! I have never been filmed professionally and it’s been such an awesome experience. We have a phenomenal crew – GREAT people.  And Landri absolutely adores each of them. She knows all of their names and talks about them when they aren’t here. Last night during filming, she even ran up to the cameraman and gave his legs a huge hug!  Since then she’s pretty much obsessed with him, loving on him and hugging on him nonstop.  As you can see in the pictures below, she’s definitely smitten!!!  She is also kind of a little show-off too, haha! I honestly had thought she was going to be shy and we were going to have to bribe her with M&Ms or something, but she immediately warmed up to them! Even our dog Smoke likes them, and for those of you who know Smoke, know that this is a big deal! To me, when dogs and children like people, it’s a real sign. I have to admit that it was a tiny bit odd being filmed at first, but it really hasn’t been bad at all. They do such a great job staying in the background, letting life happen naturally. They will be with us for the remainder of the week (joining me for my morning runs, playing with the kiddos, taking them to Mother’s Day Out, going to the gym, grocery store, etc), culminating with our next home game against Laredo United South. The show is supposed to air sometime in December – I will find out and be sure to let yall know ahead of time. I am going to miss our amazing crew when they leave and I sure hope that we can keep in touch.

Also, just a very cool FYI, tomorrow night (Thurs, Sep 4 at 8pm central), there’s a documentary on CNN airing called Lady Valor: Kristin Beck Story, that our producer did and also another crew member worked on too. It is about an ex-Navy Seal with a very unusual twist. If you can’t watch it, be sure to set your DVR!  I’m so pumped to see it! 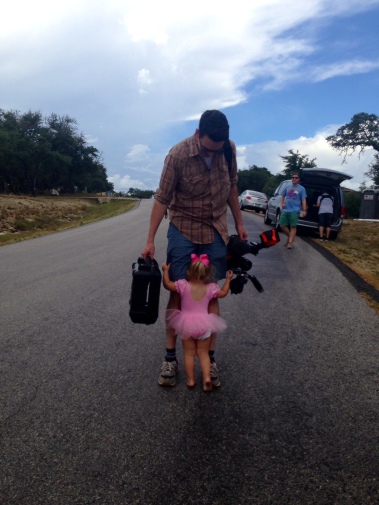 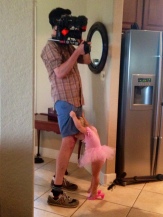 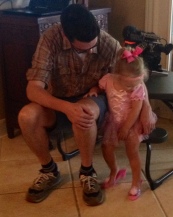 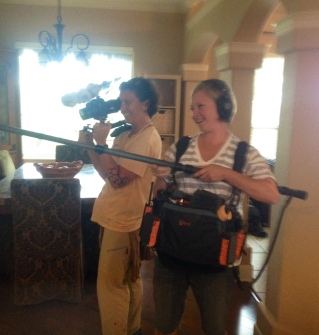