Ty Baby is 14 months and then some. What’s funny is that not only do we measure his age in months, but I’m able to tandemly (is that a word?) measure how long I’ve been in survival mode. So yeah, 14 months that I’ve been treading water. And to enhance the visual, it seems like each hand is holding an empty milk jug, which have slowly been filling up each month. Former and current water polo players – I know you feel me. And besides being late, this post will be brief. Like I said, going on 14+ months in survival mode…

But alas, what’s new with Ty Baby these days?! Well first and foremost, little man can stand. And he can even take a few steps if highly encouraged. But let’s be honest. He doesn’t care about walking at all and still crawls everywhere if he can’t cruise. Maybe next month he will be a real walker although frankly it wouldn’t surprise me if he wasn’t. We’ll see. It’s funny to me that he can’t walk, yet he can climb on top of tables, up ladders, stairs, and slides (see pic). Probably the other biggest new thing is that with all of those newly grown chompers (including molars), he has learned to grind his teeth. It is the most horrific, nails-on-a-chalkboard sound you have ever heard in your entire life. I’d rather listen to a gaggle of 3 year olds each trying to play the violin while dry heaving. I keep thinking there must be a choking hazard in his mouth that he’s chewing on and after ten million finger sweeps, I’ve finally learned that homeboy is just trying to sand those new teeth into flat little nubs. And speaking of Ty Baby’s mouth, I’m ecstatic to report that although he still puts a lot of inappropriate stuff in there way too often, he maybe only puts rocks in his mouth about 50% of the time now instead of 100% of the time. This, is a huge accomplishment and big stress reliever for me! You see, in these last 14 months, it’s become the little things.

Ty is still a skinny minnie and doesn’t eat a whole lot. He finally drinks milk and likes it. He loves to swing and make messes. He has a contagious smile and laugh. He’s a sweetie pie. I just adore him.

Here are some pics from the last month including some of the “Big Kids” too! XO, Megan 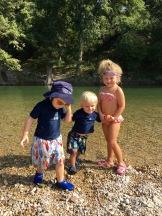 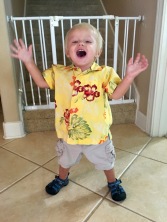 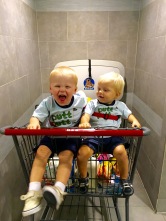 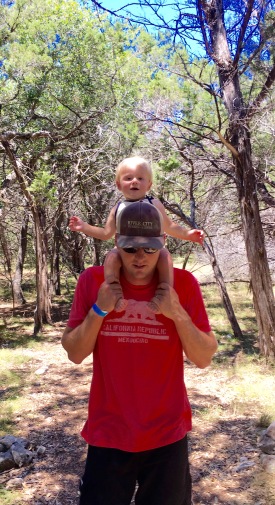 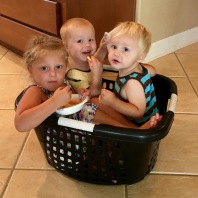