Tonight at New Braunfels’ homecoming game, the Knights defeated the Unicorns, 47-3, bringing this season’s record to 8-0.  And I didn’t watch hardly any of it as usual, but it was for a different (and much more fun) reason than being stressed out by my kids!  I had some special company at the game with me tonight: a girlfriend I used to work with at Valero, one of my pledge sisters from college, and one of my fellow Yoga Teacher Training graduates, all of whom are New Braunfels residents!  It was so fun to see them and their cute kiddos and catch up!  And sadly though, I did a bad job taking pictures, and didn’t get any of me with my girlfriends!  Luckily Stephanie took one of us so I will post hers!  Other than that, I scrambled to take a few of the kids starting around half time.  Again, I cannot reiterate enough…for those of you who ask me, “How do you do it?”  The answer is, “I don’t!”  Like always, I was saved by my in-laws (they helped unload and load the kids and watched my wild child, Rex the entire game), my fellow coaches wives, friends, and coaches kids!  Besides the big win, probably the most dramatic event of the evening was when Landri got a bazillion sticker burrs all over her clothes (and fingers). They were bizarre sticker burrs, and basically threw (detached) thorns which I haven’t ever seen before.  Anyhow, I’m way too exhausted to go into detail but after some blood, tears and a sideline outfit change, Landri survived.  Congrats, Steele Knights!

PS.  Next week is a pretty big matchup against Judson who is also undefeated.  I’d have to double check with Scott (who has been passed out for some time now), but I think that essentially the winner of that game will be the District Champion.  Also, my birthday is the day after the Judson game, so my gift to myself is to leave ALL THREE kids at home next week and watch the whole game because it should be a really good one!  My yoga friend Mike is joining me too, and may even do a Guest Blog Post recapping the game (there’s only been one guest post previously, actually about a year ago, so I’m excited to possibly have another one; read previous guest post here)!

Have a great weekend, yall! 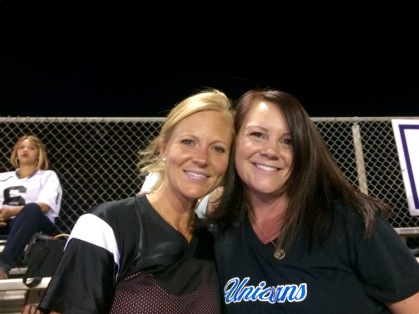 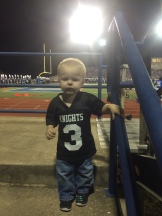 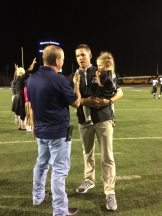 One thought on “Knights Defeat the Unicorns, Now 8-0”