Skip to content
Not sure how many of you have ever watched Parks and Recreation on NBC, but if you never have, you definitely missed out! Sadly, the final episode aired this past February, but surely you can still catch it on Netflix. It’s awesome.  Anyhow, on the show, two of the characters participate in an annual event they created called “Treat Yo Self” where they pamper themselves beyond belief and go above and beyond to fulfill their hearts’ desires. Here’s a quick clip to give you the essence of what a “Treat Yo Self” day should encapsulate. Maybe you know where I’m going with this.
So now that Landri is 3, I’m starting to understand the term “threenager.” There are tons of blog posts and articles out there on the subject, but this post is very good at explaining what I’m dealing with at a high level.  Don’t get me wrong, Landri is a very sweet and loving little girl, but her erratic and insane tantrums have really become quite something!  And I have to admit that I have been *really* struggling to keep my cool with her, which in turn has me feeling a bit beat down and worse, pretty guilty on a fairly regular basis.  I like articles like the linked one above because they help me remember that her insane behavior is supposedly “normal” and that I’m not alone.  For those of you with kids < 3 years old, you will sadly one day know what I’m talking about here. The “Terrible Two’s” are seriously nothing compared to what comes next.
Anyhow, I decided to channel my inner Tom Haverford and Donna Meagle and treat myself this past Saturday using the funds that I’ve earned teaching yoga!

Sooooo…I woke up early, ran a nice little 5k alone before the sunrise, did my shoulder exercises (I’m currently rehabbing an injury), showered and got dressed for yoga.  I had hired a babysitter and scheduled to meet up with a girlfriend at The Synergy Studio just north of downtown at The Pearl for a 75 minute Power Vinyasa class.  I had never been there and love the environment of yoga studios (although I can rarely enjoy them anymore as they do not have childcare so this was a big treat)!  The class was fabulous. It was a gorgeous space with a wonderful teacher who had a beautiful way with words.  I decided to dedicate my practice towards chilling the heck out.  On my inhales my mantra was “I am” and on my exhales I breathed the word, “patient.”  So each breath, I purposefully breathed in and out patience.  My body felt amazingly rejuvenated and energized afterwards. I even bought a couple cute yoga shirts from their boutique too!   Treat. Yo. Self.

Next, Ashley and I walked The Pearl’s Farmer’s Market, enjoying the sights and sounds, and browsed all of the fresh produce! Ultimately I settled on some fresh baby arugula which I cannot wait to enjoy with a homemade dressing!   Treat. Yo. Self. We saw the Acro Yoga crew doing their thing on the lawn, saw lots of cute dogs and babies, and did a little shopping in the stores there at The Pearl. I even scored a cute necklace at Leighelena!  Treat. Yo. Self.

But probably most exciting for me was our lunch.  Treat. Yo. Self. As you may or may not know, for the month of September, I have deviated from my usual vegan diet to a RAW vegan diet (see post here) which means that everything I consume must not only be vegan, but also not heated above 118 degrees. Since I don’t have a dehydrator, I’m actually not heating anything. Anyhow, at The Pearl is One Lucky Duck – a raw vegan juice/smoothie shop!!! They also have snacks, salads and some entrees too!  Ashley and I both very much enjoyed salads; I had the Taco Salad while she tried the Mediterranean. I also did a lemon/ginger/cayenne shot and it was delicious as well. We got to talking with the owner, Noah, and learned that his sister is a best selling raw vegan cookbook author (Sarma Melngailis) and I had actually been meaning to buy her book (Kris Carr recommended it as one of her top five favorite raw vegan cookbooks)!  So cool and what a small world!  AND…her book was half off so I went ahead and got it (and another book of hers)! Treat. Yo. Self.  I also bought all three flavors of their homemade kale chips (“sour cream” and onion were my favorite).  But also super awesome about our One Lucky Duck experience, was that Noah gave us an off menu slice of chocolate cake to try that was left over from a recent catering event.  It was to die for. 1) You absolutely could not tell that it was vegan, and furthermore, 2) you absolutely could not tell that it was RAW vegan.   Treat. Yo. Self. One Lucky Duck does catering for 5 to 500 people and I’m inspired to host a raw vegan party of some sort now, LOL!

On the way home I decided to stop and top off the day with a desperately needed pedicure which I also *always* enjoy. I then met up with Scott (who had gotten off work by then) and the kids.  Next, I decided to share the love I was feeling with my sweet little family, and we took advantage of the local festival which happened to also be yesterday – the Bulverde Jubilee. It was a fun event where the kids were able to roam free, suck on lollie pops, were able to bounce in a bounce-house, wear helium balloons tied to their wrists, and Landri even went on a pony ride! We also stumbled upon a drum circle and the kids were able to enjoy making their own beats! So much fun!

Anyhow, my  Treat. Yo. Self. day turned out pretty awesome.  From the  wonderful company of Ashley and my family and a little bit of alone time, to the soul nourishing yoga, fabulous market, great little shops, delicious raw vegan lunch, pedicure, and local festival, it truly was a fun and refreshing day.  And something that I needed really badly!

So, I encourage you to Treat. Yo. Self.  Because whatever is going on in your life that’s got you in knots, doesn’t need to keep you feeling that way!  Do what makes you happy! 🙂 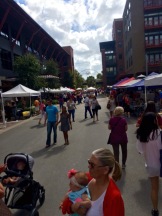 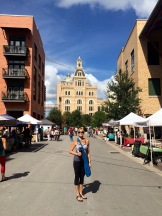 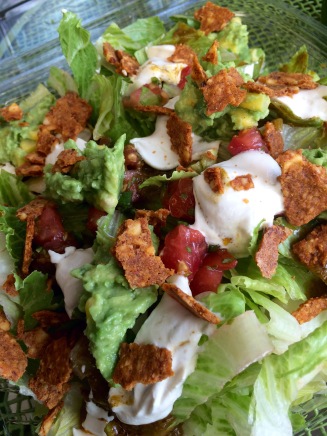 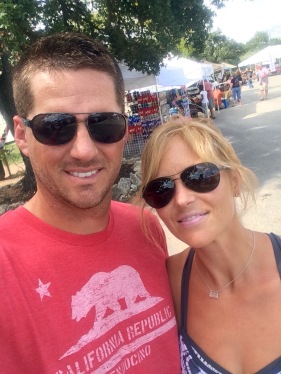 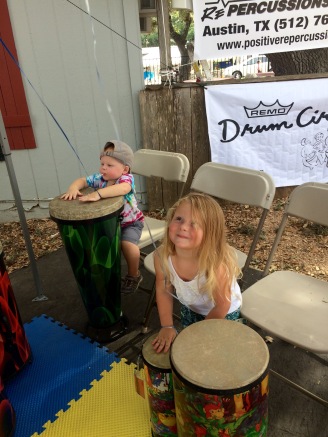