Today Landri is 21 months old. It seems like her little brain is literally exploding with new knowledge by the minute. It is almost creepy how these toddlers learn and grow so quickly. And with increased knowledge, also comes the era of bribery which I’m trying really hard not to get too wrapped up in! She’s started to learn if/then statements and is also slowly starting to learn cause and effect, and many times, the GTT (Gargantuan Temper Tantrum) still follows when she deems the outcome to be undesirable. And speaking of undesirable, as far as her status as Toddzilla goes… yes, that’s still her status. Thankfully, I’ve gotten much better at playing defense for Rex, although her latest torture method is what we call “The Squeeze.” Basically, Toddzilla grabs Rex’s closest body part (foot, leg, arm, hand, whatever) and locks her vice-like, (always) sticky, and inhumanly strong fingers around him, squeezing with the strength of 100 boa constrictors. Poor Rex doesn’t stand a chance. I have NO idea why she does this, but obviously it’s not Rex’s favorite game to play by any means. Also, she likes to throw her trash on his face in the car and so I’ve stopped giving her snacks while we are driving now.

So definitely her developing language is most notable right now. My favorite sentence that she sometimes says is, “Don’t cry Baby Rex.” It’s so sweet and then is usually followed with some kind of physical abuse, haha. She also loudly demands, “Snack! Snack! Snack!” at least 45,345 times per day. Her favorite words are “mine” and “no,” and she screams, “MINE!!!” even for things that actually aren’t hers. She repeats almost everything like a parrot and then remembers the most random things later (example, I told her I had an opal necklace on and days later she repeated it back to me when I had that necklace on). Most helpful is when she shouts, “Spit up!” so I know to clean up Rex. She is starting to learn adjectives as well. Her first was “big.” She used it as such: “Big mess.” And yes, she was right about the big mess she had made and then her second little phrase, sadly, was also true. “Big poop.” You can only imagine. Her second adjective was “heavy” which she used to describe a medicine ball and then another day a big, heavy book. Here’s her with the medicine ball (http://youtu.be/XlHF5ZcI9m0). I regret not getting it on film the first time she encountered it. She had no idea it was going to be heavy and it totally confused her, it was really funny. Still funny to watch her grunt to try and pick it up though. She also asks (SOMETIMES) to go “Poo Poo potty.” Which is a nice segway into some of Landri’s latest new skills!

So yes, Landri has started potty training a little bit. The photo to the left shows how the first day went (you can easily guess what large, stinky brown thing is under that black box, and yes, that black box needed to be that big, haha). I texted it to a few friends saying, “So close yet so far.” And my friend Gus had a great response, “Her heart was in the right place, but sadly, her butt was not.” LOL! But! The very next day, Landry actually pooped IN her little potty! And she also did it the next two days in a row after that! It’s been a few days that we’ve missed now (if we are running errands, not home, or she’s just being a stubborn toddler), but she also did go pee the other day in her potty too! Anyhow, I’m pumped. I hope she stays interested. Lately though, she asks to go as a ploy just to get naked. Additional new skills include putting on her shoes (sometimes) and also getting UNdressed. She is still working on getting dressed herself though: http://youtu.be/-uGQHx9gnOQ (please excuse Rex crying a little bit in the beginning of the video, he stops). Landri also is learning to count (she whispers it softly sometimes if you ask her, but usually won’t cooperate) and can pretty much say her ABCs (same thing, only when she wants to).

Landri still has annoying habits. Most annoying is that she STILL puts everything in her mouth. I swear, when she’s walking the stage at graduation, she’s going to find a penny on the ground, pick it up and put it in her mouth! Per our five year old neighbor, “Landri’s favorite food is sticks, bark, twigs and rocks.” Also very annoying is that EVERYTHING IS A TRAGEDY (tantrums spurred on by someone besides her saying the word “no”). And lastly, I now know why ‘The Wheels on the Bus’ has 10.7 million views on YouTube. At least 2 million of them are ours.

Scott Says…
M: What is Landri’s best skill?
S: Talking.
M: Is that your best skill too?
S: No.
M: What has Landri done lately that has impressed you the most?
S: putting sentences together.
M: Can you give me an example?
S: “Don’t cry Baby Rex.”
M: What is Landri’s favorite thing to do?
S: Hang out with Camille. <her little B-Fri from next door>
M: What is the most challenging thing about Landri at this age?
S: Tempers.
M: Can you elaborate?
S: She throws tantrums.
M: Why?
S: She doesn’t get her way all the time. She gets mad.
M: What is the biggest lesson you have you learned as a parent during toddlerhood?
S: I don’t think I’ve learned any lessons.
M: Clearly. You and Landri have the same amount of patience, haha! What has been your favorite age so far?
S: Her age right now.
M: Why?
S: She’s more independent and not like a baby.
M: Any advice for parents with babies who will soon be toddlers?
S: Nope.
M: Come on. Something. Please.
S: No. 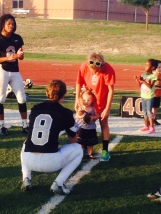 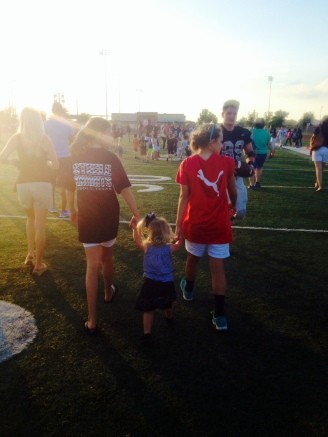 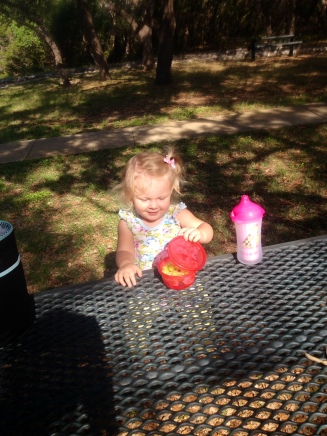 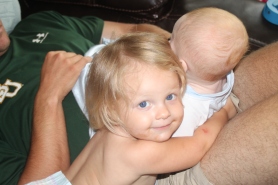 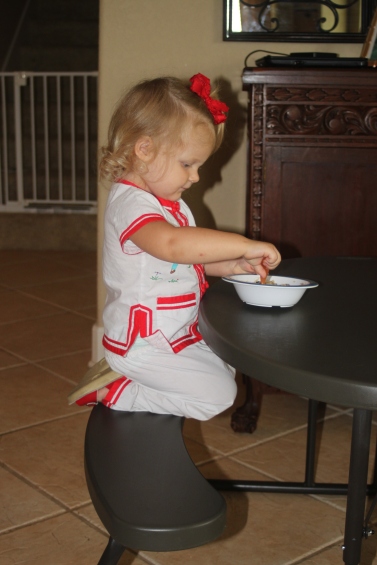 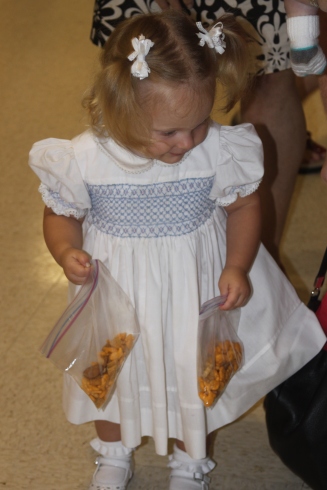 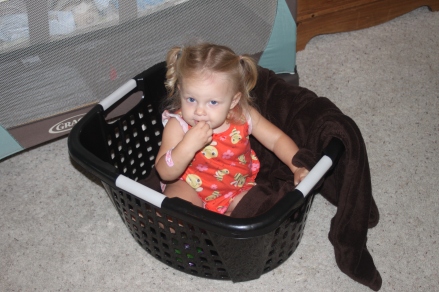 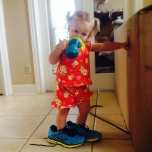 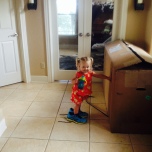